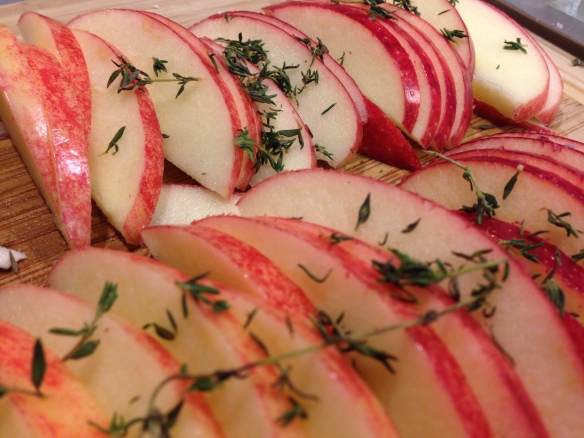 I’ve come to the conclusion lately that cauliflower is an underrated vegetable. Mostly, I used to think it was just plain boring- and yes, when you steam it and serve it plain, I think there is nothing worse.

Its lack of color is another one of its pitfalls- a white veggie on a white plate – need I say again… boring! But its all about how you cook it and fix it up that makes you realize, cauliflower is far from boring. This cauliflower recipe would make a great addition to your Thanksgiving or Holiday meal- the brightness of the apple is pleasing to the eye and gives the dish a hint of sweetness.

The nutty taste from the browned butter and toasted pecans give it that holiday essence and amazing flavor that is sure to please even the picky eaters!

2 thoughts on “Sauteed Cauliflower and Apples with Toasted Pecans”